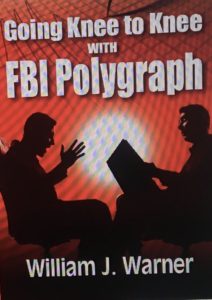 “Gripping her soiled tissue as if it was her last link to freedom, she took a deep breath and found the spot on the wall again. Several minutes passed, still nothing. Cy placed his right hand on top of her left hand; still knee to knee looking her straight in the eye, he whispered, ‘Please tell me about it, Jackie, please talk to me.’ He couldn’t have been kinder, but all he got was silence. Undeterred, he was confident it was going to come.”

“I cut her on the gum first just inside her lip with a bread knife. Just enough to draw blood. I’m sure you found the knife. It was left in the kitchen purposely. This didn’t really hurt her. I never wanted to hurt her.”

“Merdecai just kept his hand up under her chin and pushed her neck back, and then he pushed her backward over to the couch. He shoved her into the couch and stuck that gun under her chin demanding to know where the weed was. She was terrified and started shaking her head.” 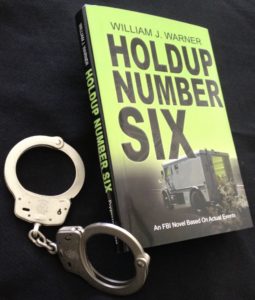 “You best make friends with it, Junior. All you got to do is aim and fire. Rack it back hard like I showed ya’n, fire again. You got more slugs in your pocket. You shouldn’t need more than a couple if they fire back at all. Not likely to once they see a shotgun aimed at ‘em.”

“Whutchya talkin bout man? All you did was stand round. You got to put fear in people if you gonn take em. You show fear and they be takin you.”

With his left hand Omar pushed Francis’s head up against the windshield while his right hand reached for his gun, shoving it into Francis’s neck. He went nose to nose with Francis and said, “Yain’t never did what I did, yain’t been where I been, ya don’t know what I do, and yain’t never gonn say to me what I do.” 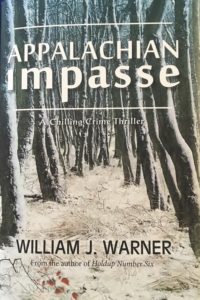 He thought of handholds in the rock, a way to right himself—to no avail. Even if he could get himself turned, the likelihood of finding a trustworthy ledge, a buttress of any dimension protruding outward was not good. Besides, he was no rock climber even in his younger days. Only a spider would dare risk it. No, he was fucked and he knew it.

His mouth foamed up a bit at the end, just before Richter, with again, one hand placed firmly on the chin and another cradling his crown, gave the balded bone one sudden jerk to the left snapping the old man’s neck with more than a chiropractic pop.

With artful care, Banks looped his bucket on the rung above him. A remaining grackle screamed off from a nearby pine as he turned to the right and reached with his right hand to grab the last remaining clump of gunk jamming up his downspout. A moment later the ladder was kicked out beneath him with a violent thump from Whortle’s boot. The extended section of the ladder screeched along the lip of the gutter. 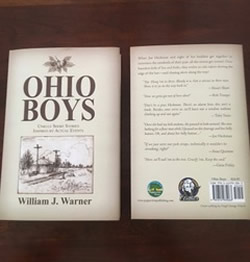 “Don’t be a puss Heckman. There’s no alarm here, this ain’t no bank. Besides, once we’re in, we’ll leave out a window without climbing up and out again.” (Toby Yanis)

“Once she had my belt undone, she paused to look around. She was looking for a floor mat while I focused on the cleavage and her belly button. Oh, and about her belly button…”  (Joe Heckman)

‘Twas a hot August night in ’78 when I arrived in my silver Corvette. Upon entering, I chose my perch from an ova led out balcony bar. The Bombay Eagle was upper crust, a discotheque featuring glitz, glamour, and girls. Classy girls, mature women—long legged and voluptuous—the ones that don’t come cheap. Plentiful and on the loose, women outfitted to tease and twist their way across a checkerboard floor sporting flirtations under a radiant disco ball.

JEWELS IN THE SAND – A Novel of Love & War 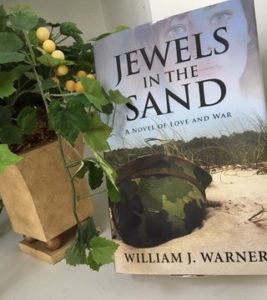 Bly—Winn was never one for many words but she had always felt him to be kind, his love genuine, and now a match for Grant. She, too, with love to share, but still the twist of it all, wrong in devise. A billowing storm within her to use one to protect the other without either having knowledge seemed a mortal sin in the shaping. Yet she carried forth. Caring for his arm, she nursed him along, mother-like, but seductive too,while wrestling off her clothes for him.

Grant—In a millesecond, Grant did the math computing her age with his, dismissing the forbidden thought as quickly as it found a hiding place in his brain—a hiding place to stay. She may be sixteen, but Blythe McCabe was all woman, showily charming, and … 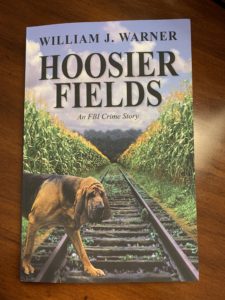 Breathing heavily with his overgrown belly, Shaver placed the shifter into park and left the engine running. For a melancholy moment, the four on the ground stood still and waited while Shaver’s crew sat motionless. Shaver lumped his tongue into his cheek, pursed his lips, and said, “Game time. They’re packin’, so be cool and sit still. These jokers will drop you in a heartbeat. I’ll to the talkin’.”

BAM! — The round caught Shaver in the face. Shaver Spence, aka Stink Finger, the man-with-no-bloodline was done. He fell across Mingo, soon to share in his stench.

“Just leave it. I’m gonna bury it. I was gonna draw out a map for him and Weasel to find it—if they can. Don’t you dare tell ’em cause they’re coming today.” —J. Willy Rowe 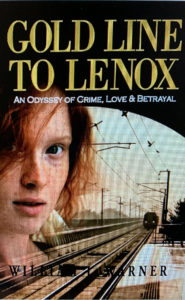 “Don’t patronize me with your trussed up, beguiling line of rabble. I find you REPUGNANT!” —Venita Voshay

“You need to high step your butt out of there, pal, or you will be charged.” —Chance McCullough

“You’re going to look cute with a bed-head.” —Giselle Trudeau