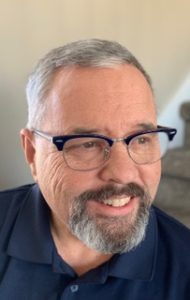 William J. Warner, “Bill,” retired from the FBI in 2012 with over 22 years of service as a Special Agent. He spent 16 of those years conducting polygraph examinations, 10 of which were spent supervising the work of other field examiners. Prior to his service in the FBI’s polygraph program, he worked as a street agent doing primarily reactive work on a violent crimes squad.

“Developing skills through interview and interrogation (I & I), became my passion early in my career. As a former internal investigator for MARTA Police in Atlanta, I watched as a colleague collected confession after confession while I collected none. I knew then what my mission was. Shortly into my polygraph career, I began honing my skills. In doing so, I discovered one very important principle—you have to truly care in all sincerity and be able to convey that emotion to the subject you’re interrogating to get them to tell you everything. Tough to do when you’re talking to a killer, child molester, terrorist or thief. This principle is what I refer to as ‘the polygrapher’s paradox.’” 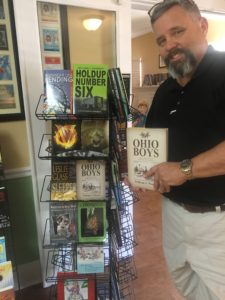 Additionally, Bill has had a lifelong interest in writing. He owes much of his writing skills to a female graduate assistant from India at the University of Cincinnati who, in 1982, spent extra time out of class teaching him composition and creative writing.

As a retired Special Agent of the FBI, Bill brings unique insights for writing in the area of true crime and crime fiction genres. However, as an aspiring novelist, he expanded his horizons with a family saga, Jewels In The Sand, a love & war novel covering three wars from 1942 to 1973. A perilous, but heartwarming story, this book was released through Peppertree Press in December 2018. “It has been two years in the making and one of the greatest challenges of my life. Richly rewarding, it still brings a tear to my eye repeatedly after over a dozen proofreads of the 800-page manuscript.” 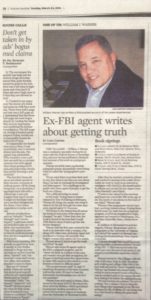 It all began with his initial book, Going Knee To Knee (Confessions, Tales & Tribulations From Inside The FBI’s Polygraph Program). Placed in the fiction category due to the use of pseudonyms for real names and change of places, this book comprises a collection of stories taken from true events as Bill and his colleagues experienced them. Following FBI approval, the book became available in 2014 as the first of the Cy Donovan series. It caught the attention of the Orlando Sentinel and WOCA-AM Ocala. Both media outlets granted him interviews. The same book also appears as Inside FBI Polygraph. However, with a change of publishers, the books became scarce. Fortunately, Going Knee To Knee With FBI Polygraph evolved with a bright new red cover via Peppertree Press in Sarasota, Florida. The folks at Peppertree have put forth a splendid and up-to-date reproduction in this revised edition.

Bill’s alignment with Peppertree Press has been one of a great working relationship. Two other books, Holdup Number Six (An FBI Novel Based On Actual Events), and Appalachian Impasse (A Chilling Crime Thriller), complete the Cy Donovan series—courtesy of Peppertree. Next came Ohio Boys (Unruly Short Stories Inspired By Actual Events). This, too, is available through Peppertree, Amazon, and bookstores everywhere by special order. Better yet, get your signed copy directly from Bill by emailing him at warjaw@comcast.net. 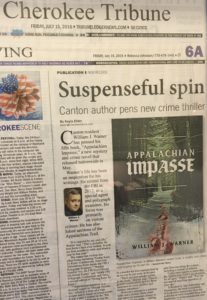 While living in Canton, Georgia, it didn’t take long for Bill’s work to catch on. The Cherokee Tribune published a big splash on his fictional tale, Appalachian Impasse in July 2016. In June 2019, a passion for the north re-emerged and once again a move took place. Bill now is a resident of Ft. Wayne, Indiana near his old stomping grounds where he continues to write. Watch for his most recent novel, another fictional crime/romance thriller, GOLD LINE TO LENOX- An Odyssey of Crime, Love & Betrayal, coming this spring.